Acting Ukraine Ambassador Bill Taylor testified to the House that President Trump held up military aid to Ukraine until it agreed to investigate Joe Biden.

The United States’ top diplomat in Ukraine reportedly testified on Tuesday to House lawmakers that President Donald Trump held up military aid to Ukraine until its president agreed to investigate Joe Biden ― effectively confirming a quid pro quo demand on the part of the White House.

Acting Ambassador Bill Taylor’s private testimony for the House impeachment inquiry said it was “crazy” to make the military aid contingent on investigations of Trump’s political rivals, according to The Washington Post.

Democrats who were in the room said Taylor’s testimony described a clear connection between U.S. foreign policy and Trump’s political goals, and called it the most damaging account yet for the president, The New York Times reported.

Taylor was called to testify in the impeachment probe earlier this month, after Kurt Volker, the special envoy to Ukraine until his recent resignation, revealed text messages between himself, Taylor and Gordon Sondland, the U.S. envoy to the European Union. In a Sept. 1 text, Taylor expressed concern about a possible quid pro quo between the U.S. and Ukraine. Sondland responded by telling Taylor to “call me.”

“During that phone call, Amb. Sondland told me that President Trump had told him that he wants President [Volodymyr] Zelensky to state publicly that Ukraine will investigate Burisma and alleged Ukrainian interference in the 2016 election,” Taylor said Tuesday in his opening statement, obtained by the Post.

Biden, who was formerly vice president to Barack Obama, is running for president in 2020, and until recently was leading in the Democratic primary. Biden’s son Hunter was a board member of the Ukrainian gas company Burisma until earlier this year.

The question of a quid pro quo is at the center of the impeachment inquiry, relating to a July 25 call between Trump and Zelensky in which the U.S. president pressured the Ukrainian leader to “do us a favor” and investigate the Biden family. The call came soon after Trump suspended nearly $400 million in already approved military aid to Ukraine.

Rep. Debbie Wasserman Schultz (D-Fla.) told reporters on Tuesday that Taylor “drew a direct line” with the hearing, which she said included documents, timelines and records of individual conversations.

“I do not know how you would listen to today’s testimony from Ambassador Taylor and come to any other [conclusion] except that the president abused his power and withheld foreign aid,” Wasserman Schultz said.

Republicans reportedly declined to share details of Taylor’s testimony, but said Democrats are exaggerating about the level of damaging information provided.

“I don’t know that any of us, if we are being intellectually honest, are hearing revelations that we were not aware of,” Rep. Mark Meadows (R-N.C.) said, according to the Times. “The bottom line is no one has yet to make the case for why the aid was withheld or even if the Ukrainians knew about it.”

Growing up, my father was intent on passing every piece of my Hispanic heritage to me; food, music, and the rituals and superstitions that sound crazy to someone not familiar with them. In addition, he shared the stories of his struggles, many of which were not unique to the Hispanic community.

My father was born in Chicago into a migrant family and at six years old he began harvesting crops, herding cattle and taking care of horses. He and his family worked long hours, performing exhausting work, and at the end of the week their take home was $40.

He started school only speaking Spanish and with the nature of his family’s work he moved five or six times every school year all over the country. My father often laughs while recalling how he couldn’t speak enough English to tell the teachers what grade he was in, and their solution was to place him in a grade based on his height. Since he was tall for his age, the teachers’ always were wrong.

Immediately after graduating high school in 1969, he was drafted in the U.S. Army to fight in the Vietnam War. The opportunity with the military propelled him out of a world of poverty while at the same time exposing him to new trials.

At that time, the Army living quarters were segregated based on race, not because policy required it, but because it was necessary for minorities to protect themselves. While the war was unfolding there was another war on the home front with the Ku Klux Klan, who terrorized minorities. On the opposing side was the Black Panthers and Brown Berets who fought back.

My father’s first encounter with the KKK was in Vietnam, when they filled the ditches that were next to the tents of minorities with gasoline, setting them on fire and killing several people.

Even with the obstacles he faced, my father emerged with a deep patriotism for the country that he had grown up and served in, and felt it was his responsibility to make meaningful contributions to it.

My life and military career, compared to his, has been a polar opposite. I have never experienced racism or discrimination to the extent he has, and opportunities for education have always been available. The military I know and work in today is a diverse force that encourages the promotion of people with different backgrounds.

Through my father’s experiences, I have learned that the world does not owe me anything – a realization I share with those around me. This understanding helps me be grateful for each opportunity I have experienced.

I recognize these advantages in my life as the product of the many sacrifices he has made to advance his children’s prosperity, however, these sacrifices run deeper than just the love of a father. They are a fundamental structure in a culture which emphasizes the importance of family, strength and perseverance.

The celebration of Hispanic Heritage Month shows the growing recognition of the contributions made by members of the Latino community and the embrace of a beautiful culture. 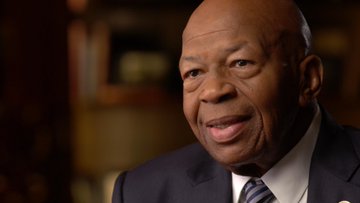 Rep. Elijah Cummings (D-Md.) has died, according to a statement from his office.

The Democratic member of Congress, who chaired the House Oversight Committee, which was among the panels investigating the impeachment of President Donald Trump, was 68.

Cummings died at Gilchrist Hospice Care, an affiliate of Johns Hopkins Hospital in Baltimore at approximately 2:30 a.m. Thursday morning “due to complications concerning longstanding health challenges,” his office confirmed in a statement to HuffPost.

Cummings, the son of a sharecropper, practiced law for almost two decades and served in the Maryland House of Delegates before winning his congressional seat in 1996, where he was renowned for championing civil rights issues.

His House committee’s probes into the Trump administration drew fierce anger from the president. In July, Trump tweeted racist insults about Cummings and his majority-black district, calling it a “rodent-infested mess.”

Cummings earlier this year said he had “no doubt” that Trump is a racist after the president said four Democratic members of Congress ― all women of color ― should “go back” to other countries.

On the only time in 2017 that Cummings talked one-on-one with Trump about lowering drug prices, the Baltimore Sun reported him as telling the president: “Mr. President. You’re now 70-something, I’m 60-something. Very soon you and I will be dancing with the angels. The thing that you and I need to do is figure out what we can do — what present can we bring to generations unborn?”

The Baltimore archdiocese tweeted this tribute to Cummings: