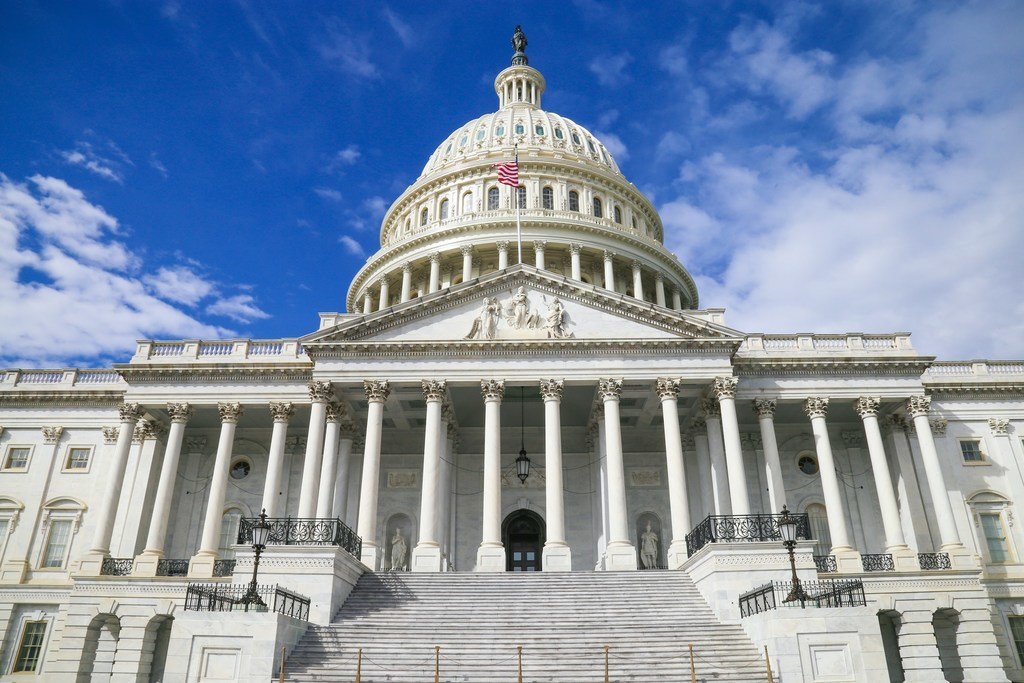 White college students make up almost eight in ten of paid congressional internships, according to a new report from the group Pay Our Interns.

Paid congressional internships are a prestigious and powerful stepping stone for college students, but a recent report found they are far from representative of the nation's diversity.

White students made up 76 percent of paid congressional interns, though they make up about half (52 percent) of the national undergraduate student population, according to a new report from the non-profit Pay Our Interns.

Latino and Black students, on the other hand, accounted for 7.9 percent and 6.7 percent of paid interns, though they represent 20 percent and 15 percent of the undergraduate student population, respectively.

Asian/Pacific Islander college students made up 7.9 percent of the interns, and American Indian/Alaska Native were only .03 percent.

"Offices need to have equity at the center, meaning that they are looking at candidates from all kinds of backgrounds," said Pay Our Interns co-founder Carlos Mark Vera, who had an unpaid congressional internship while he was in college and had to work multiple jobs to live in the nation's capital.

Congressional offices should do outreach to minority institutions in their district, Vera said.

The findings provide insight into who exactly interns on Capitol Hill, suggesting "an unequal racial and economic makeup of legislative interns," according to the report.

"It's also helping to create a baseline so we have a better sense of what's going on," Vera told NBC News.

Since Congress does not report race in its workforce, the non-profit looked at 8,500 pages of payroll information between April and September 2019. Researchers then obtained data from a variety of online sources to collect racial demographic information on 3,841 interns. It's the first reporting of how Congress has spent funds allocated to pay interns, according to the report.

Pay Our Interns has been on the frontlines of advocating for equity in paid internships since 2016. When the House and Senate passed bills in 2018 to allocate nearly $14 million to fund congressional internship programs, the advocacy group's 2017 report was often cited in media coverage, since they had found that more than 90 percent of House members didn't pay their interns.

The bill, which was part of a $147 billion bipartisan spending package to initially avoid a government shutdown, established an allowance of $20,000 per House office and $50,000 per Senate office per year.

Some progress —and steps to take

As for the recent report, Vera says it isn't entirely grim.

More than 90 percent of congressional offices now use their allocated allowance to pay their legislative interns, an improvement from the non-profit's 2017 findings. Nearly 300 interns were Latinos, which is an increase over the last couple years, said Vera, though it's still not enough.

With congressional internships crucial to getting people's foot in the political world, the report stresses the significance of giving those with less privileged backgrounds the chance to work in Congress.

Beyond the opportunity internships can provide, it's important to have young people of color at the table who have similar experiences to the populations they represent —especially as members of Congress are drafting legislation, Vera said.

"The policies they are writing have life and death consequences. If you're doing health care policies and you decide to restrict healthcare options or not expand Medicaid, people die," Vera said. Diverse interns can also bring insights, he said, into legislation around education or immigration issues.

"And paid internships are the vehicle towards getting more folks in these places of power," Vera said.