Dr. Anthony Fauci on Monday singled out Fox News for what he called its sometimes “outlandish” reporting on COVID-19 at a time when the public needs vital facts about the pandemic.

“There is so much misinformation during this very divisive time that we’re in, and the public really needs to know the facts,” he added. “Some of the media that I deal with really kind of, I wouldn’t say distort things, but certainly give opposing perspectives on what seems to be a pretty obvious fact.” 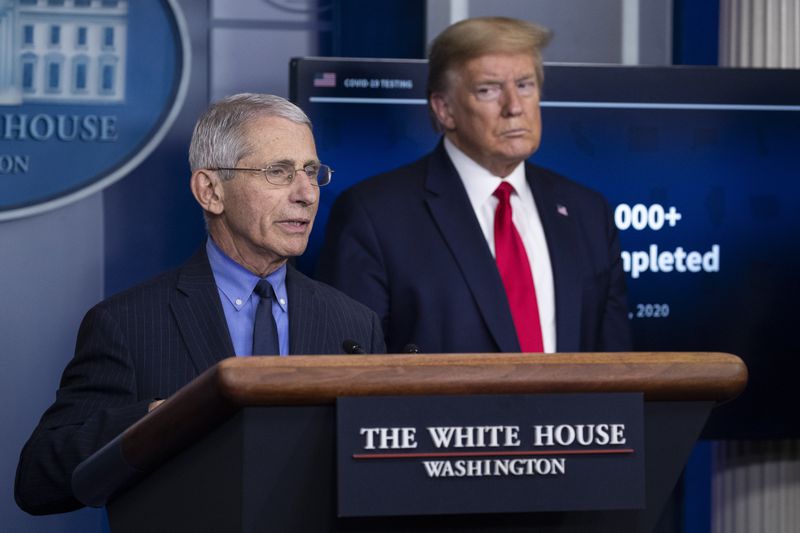 “If you listen to Fox News, with all due respect to the fact that they do have some good reporters, some of the things that they report there are outlandish, to be honest with you.”

Fauci also expressed unease when asked if he believes Atlas is providing inaccurate information to the president. Atlas, a neuroradiologist with no background in infectious diseases, has shared information about the virus that has been rebuked by scores of experts in the medical community.

“I’m concerned that sometimes things are said that are really taken either out of context or are actually incorrect,” Fauci said.

He said most members of the White House coronavirus task force were working together, however, referenced Atlas as an “outlier.”

“My difference is with Dr. Atlas. I’m always willing to sit down and talk with him and see if we could resolve those differences,” he said.

Dr. Robert Redfield, the director of the Centers for Disease Control and Prevention, also expressed concerns about Atlas sharing falsehoods during a phone call overheard by an NBC News reporter. “Everything he says is false,” Redfield said. He later confirmed that he was speaking about Atlas.

Atlas has taken on a leading role in the task force since joining in August. He has made regular appearances on Fox News and embraced a number of outlying views throughout the pandemic, including questioning the use of masks and embracing the controversial “herd immunity” strategy.

His former colleagues at Stanford medical school, where he was a professor, published an open letter warning that “many of his opinions and statements run counter to established science” and undermine public health authorities. He is currently a senior fellow at Stanford University’s conservative Hoover Institution.