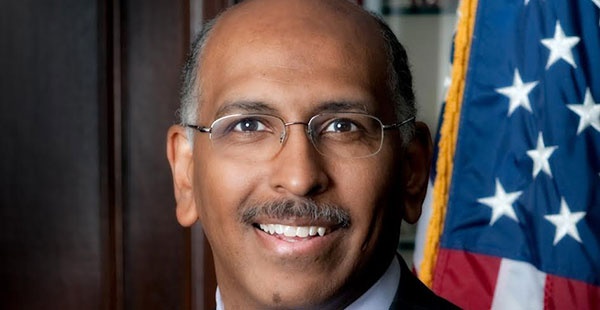 Michael Steele ripped Republican lawmakers who raised “their damn hand to swear an oath that they know they’re not going to defend nor uphold.”

Michael Steele tore into the GOP senators who on Thursday took an oath to serve as honest jurors in the impeachment trial of Donald Trump despite previously claiming they don’t care about the evidence against the president in the Ukraine scandal.

“Don’t stand in the chamber today and take the oath,” Steele, the former chair of the Republican National Committee, said in an interview with MSNBC’s Brian Williams and Nicolle Wallace.

Take your behind out of the chamber when it’s time to swear in, because you will be lying to the American people. Because you’ve already told us you plan not to be an honest juror. So, this is almost a joke in the sense that you have some of these senators walking into this room, standing in front of the country, standing in front of the chief justice of the United States, raising their damn hand to swear an oath that they know they’re not going to defend nor uphold.

Steele, the RNC’s chair from 2009 to 2011, said it would signal to the American people that the rule of law “doesn’t matter, at least for some.”

“It would matter for you,” said Steele, who has become a frequent Trump critic. “Don’t try that when you get called for jury duty the next time. Don’t try that when you’re sitting in front of a judge under indictment because the rules, when applied to you, will come crashing down around your head.”

“That’s the responsibility at this moment that I think a lot of these members are going to let slip by,” Steele added, describing the actions of the Republican senators as “disgusting” and “un-American.”

“They should be embarrassed to stand there and take the oath when they’ve already told us they plan to lie when they do so,” he concluded.