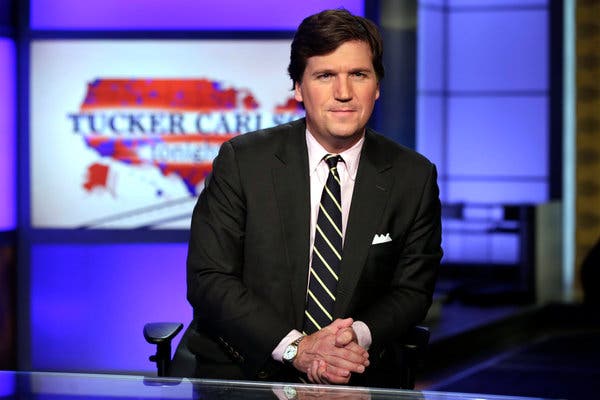 The brand is one of more than 20 that have stopped advertising during the Fox News host’s show because of his offensive rhetoric.

Nestlé and HelloFresh, which have advertised on Carlson’s show in the past, told The Hollywood Reporter they were no longer running ads on the show. Nestlé said it had no plans to do so in the future.

Earlier this week, Carlson claimed on his show “Tucker Carlson Tonight” that there is no white supremacy problem in the United States and that it’s a “hoax” proliferated by the media.

“The whole thing is a lie,” said Carlson. “It’s actually not a real problem in America.”

The conservative commentator’s remarks came after two mass shootings in 24 hours last weekend. The gunman who killed at least 22 in El Paso, Texas, reportedly posted a white supremacist manifesto online shortly before the shootinhttps://www.theopinionpoll.comg. In light of that and Carlson’s history of repeatedly giving airtime to white nationalist conspiracy theories and talking points, #FireTuckerCarlson began trending on Twitter on Wednesday.

In an apparent coincidence, Carlson announced that he would be taking some time off from his broadcast that same night. He also told his critics to “calm down.”

Fox News has stayed silent on the controversy. CNN’s Oliver Darcy reported on Wednesday night that none of the channel’s board members ― including Rupert Murdoch, Lachlan Murdoch, Jacques Nasser, Anne Dias, Roland Hernandez and Paul Ryan ― agreed to comment on Carlson’s rhetoric.

HuffPost has reached out to Fox News directly, and has also asked Carlson’s remaining advertisers to comment on their partnerships with his show.

In December 2018, Carlson lost more than 20 advertisers after suggesting that immigrants are making the United States “dirtier.” He never issued an apology and later doubled down on the racist sentiment.