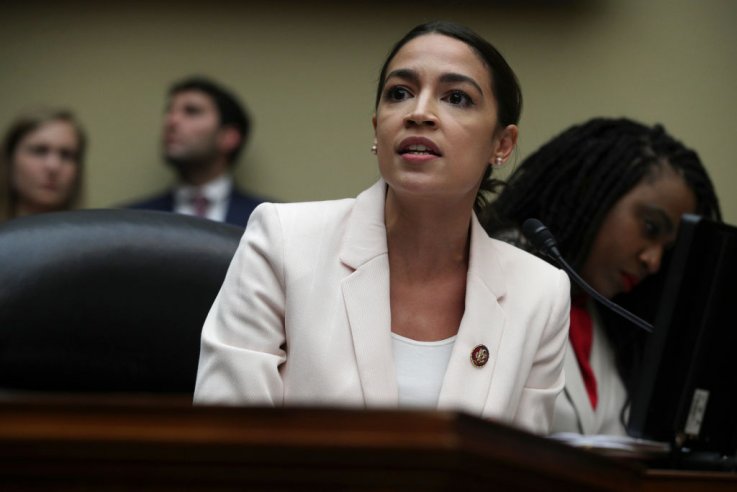 The congresswoman rebuked “shrieking Republicans” who pushed back against the remark.

Rep. Alexandria Ocasio-Cortez (D-N.Y.) is accusing the Trump administration of establishing concentration camps along the U.S.-Mexico border where migrants are “brutalized with dehumanizing conditions and dying.”

In a Tuesday morning tweet, the congresswoman pointed to the analysis of journalist and author Andrea Pitzer, an expert on the history of concentration camps. In an Esquire article published last week, Pitzer stated that by her own definition of concentration camps ― “the mass detention of civilians without trial” ― such a system is indeed in place on the border.

Ocasio-Cortez’s remark follows her Monday night live broadcast on Instagram during which she said “concentration camps are now an institutionalized practice in the home of the free,” calling it “extraordinarily disturbing.”

The congresswoman’s statements have drawn condemnation from conservatives and Fox News anchor Bill Hemmer, who suggested during his Tuesday broadcast that she owes “every Jew on the planet an apology.”

In a follow-up tweet that morning, Ocasio-Cortez lambasted “the shrieking Republicans” apparently unaware of the difference between concentration camps and death camps, referring back to Pitzer’s definition.

“Concentration camps are considered by experts as ‘the mass detention of civilians without trial,’” she said. “And that’s exactly what this administration is doing.”

Earlier this month, the Department of Homeland Security Office of the Inspector General released a report citing concerns over the treatment of people detained by the Immigration and Customs Enforcement. It identified issues at four facilities located in California, Colorado, Louisiana and New Jersey.

Two facilities had “dilapidated and moldy” bathrooms, one facility did not provide detainees with adequate hygiene supplies to take care of themselves and another facility only allowed non-contact visits even though ICE standards encourage contact visits as well.

Questions have also been raised over care for ICE detainees as 24 immigrants have died in the agency’s custody under the Trump administration, NBC News reported. At least four more died upon being released from ICE custody.

The latest case occurred on May 28 when 25-year-old Johana Medina Leon, a Salvadoran asylum seeker and transgender woman, died in a Texas hospital less than a week after ICE released her.

Medina Leon tested positive for HIV the day she died and was complaining of chest pains when she was sent for medical treatment.

Before being released, Medina Leon had been housed in the Otero County Processing Center in New Mexico, according to NBC.

In March, an American Civil Liberties Union investigation claimed the facility was rife with “rampant sexual harassment, discrimination, and abuse,” in addition to insufficient medical treatment.