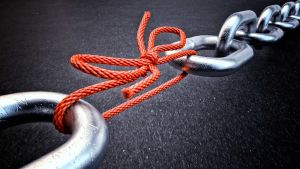 Wall Street wobbled into the weekend as a few pieces of data tempered recently raised hopes for the American economic recovery.

Retail sales improved for the third consecutive month, up 1.2% in July – but the pace of growth has decelerated, and that figure fell below economists' expectations.

"Part of this could be because several categories have already recovered to their pre-COVID level of sales, leaving little space for a strong bounce-back," says Pooja Sriram, Vice President, US Economist at Barclays Investment Bank. "Part of this could also be a signal of moderating consumption in the coming months. Indeed, we see downside risks to consumption spending if additional fiscal stimulus is not forthcoming.

Moreover, a preliminary August reading of the University of Michigan Index of Consumer Sentiment did improve, to 72.8 from July's 72.5, but remained at depressed levels far off the 90-100 readings of the past few years pre-COVID.

Further weighing on investors: The Senate adjourned through Labor Day without reaching an agreement on new stimulus measures, with both political parties seemingly miles apart and unlikely to reach a deal for weeks.

A special alert for Closing Bell readers: Warren Buffett's Berkshire Hathaway (BRK.B) holding company will file its most recent portfolio changes by today's close of business, and we'll be updating our full, ranked list of Warren Buffett's stocks – which includes dozens of dividend-paying stocks – over the next few hours.

On Thursday, the S&P 500 cemented its best 100-day rally ever: a 50%-plus gain since the March 23 lows that doesn't seem to jibe with a still-diminished economic picture. 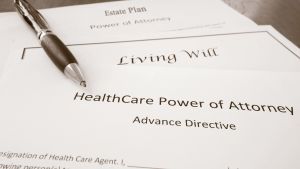 Imagine you had a stroke and can barely speak. Your doctor suggests an experimental drug that is risky but could be highly effective. Your daughter wants you to try it, despite the risk and cost. Your husband is hesitant but the state gives him higher priority in decision making. If you could communicate, you would say, “yes, absolutely.”

It’s a scenario no one wants to think about, but having a health care power of attorney (also known as a medical power of attorney, proxy or agent) that designates who will make health care decisions for you when you no longer can is essential. Without a health care proxy, your written instructions for future medical care may not be carried out if you become incapacitated. Like a living will or a do-not-resuscitate order, a health POA is a type of advance directive and one of several forms addressing different medical decisions, including end-of-life care. For example, if you had dementia or were critically ill, a proxy could:

Consent or refuse diagnostic, surgical, or therapeutic procedures.  Approve or deny admittance to a nursing home or other facility. Endorse post-mortem procedures such as an autopsy or organ donation.

Few Americans complete advance directives, according to Dr. Timothy Quill, a national expert on palliative care and founding director of the University of Rochester Palliative Care School of Medicine Program in New York. He estimates no more than 35% of people with serious illnesses have advance directives.

A health POA is your assurance that if your family can’t agree on your care, the decision won’t fall to a court-appointed guardian or surrogate. “The big thing they (POAs) protect against is having to have a guardianship where the courts take your rights and give them to someone else,” says Ryan Wilson, an elder law attorney in Silver Spring, Md.

Before it gets to that stage, most jurisdictions allow default surrogates to make decisions, and over half of them establish a hierarchy for relatives and friends, according to a New England Journal of Medicine review. Yet not all states have a process for handling challenges to the surrogate’s choices, and some only establish decision-making priority for life-su 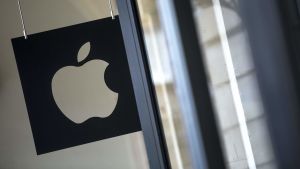 The Labor Department reported that 963,000 new people applied for unemployment benefits last week, the first reading below 1 million since mid-March and the latest in a string of positive economic developments.

Meanwhile, Apple cruised higher amid a Bloomberg report saying the tech giant was preparing to bundle its various services, which have helped prop up profits in recent years amid flattening iPhone sales. The project, called "Apple One," could be shared across up to six people and decrease the costs versus buying each service individually.

"For example, if a family subscribes today to all of Apple's major services plus the highest iCloud storage tier, that would cost about $45 a month," Bloomberg writes. "A new bundle could knock more than $5 off that."

Meanwhile, Cisco Systems (CSCO) weighed on the broader indices, plunging 11.2% after providing disappointing guidance for the upcoming quarter as corporations slow IT spending.

"Looking forward, with total product orders down 10% year-over-year and no end to the pandemic in sight, the firm substantially guided down for its first quarter and announced that it will be undertaking cost-cutting measures over the next few quarters to reduce its cost structure by over $1 billion on an annualized basis (about 80% coming from operating expense)," write William Blair analysts.

The COVID front wasn't encouraging, either. The U.S. reported nearly 1,500 deaths yesterday – the highest death toll since May – and a stimulus package is no closer to fruition. 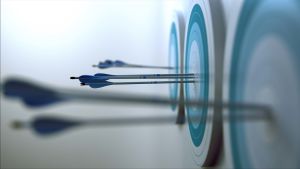 Big technology companies are getting all the glory this year, but the biggest bargains might just be hiding among mid-cap stocks.

JPMorgan Chase says the huge selloff in midcaps since the beginning of the coronavirus crisis means that it has "never been easier to make money." Translation: There is no shortage of mid-cap stocks that are beaten down out of proportion to their earnings prospects.

To take advantage of this opportunity, JPM analysts pinpointed a number of the best mid-cap stocks to buy now. They sorted through the space, which is typically defined as stocks between $2 billion and $10 billion in market value, looking for stocks that are primed to bounce back. They limited themselves to names that are still down more than 30% since the beginning of the coronavirus crisis. The midcaps also had to have "solid balance sheets, near trough valuations, and businesses that are not structurally damaged."

JPMorgan Chase came up with a long list of stocks. Not to disparage JPM, but it's only one opinion. So to find the best of JPMorgan's midcap buys, we went with the wisdom of the crowd. We combed through the picks and singled out those with Buy calls and upbeat commentary from a wider range of analysts.

Here are five of the best mid-cap stocks to buy now for a bounce back. JPM likes this eclectic list – which includes an airline, a regional telecom, an educator and more – and the rest of the Street broadly agrees.

Share prices are as of Aug. 12. Analysts' recommendations and other data courtesy of S&P Global Market Intelligence, unless otherwise noted.

Read more: 5 Best Mid-Cap Stocks to Buy for a Bounce Back 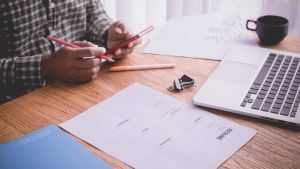 Working as a real estate broker wasn’t giving Cort Howard the steady income he wanted or enough time with his family, so last October he began looking for a new job. In addition to networking, Howard, 54, hired Joe Konop, owner of One Great Resume, to help him craft a resume that highlighted his relevant experience and skills, not his age.

The ageless resume omitted key dates while emphasizing Howard’s sales experience and the 15 online technology courses he’d recently completed. The $350 Howard spent for the resume, cover letter and an edited LinkedIn profile produced a big payoff: By late December, Howard landed a salaried position as a territory sales manager with a software manufacturer.

Even in the best of times, older workers may have difficulty attracting prospective employers, who typically prefer tech-savvy younger generations that can be hired for less money. But these are not the best of times. Between February and May,  unemployment soared from 3.5% to 13.3% because of the pandemic.

Although some businesses have started hiring, many jobs may be slow to return, if they do so at all.

Whether you’re looking for work later in life to advance your career, supplement retirement income or replace a job lost to the pandemic economy, you’ll need to market yourself to prospective employers without scaring them off. That will require a LinkedIn account as well as a resume that will get past the computerized applicant tracking system, which most major companies use to winnow down candidates.

As a result, 75% of resumes are never seen by human eyes, and if yours does get past these electronic gatekeepers, the initial glance at a resume is just 10 seconds, says Amanda Augustine, a certified professional career coach and resume writer with Talent Inc., a career services company.

In an age of social media, networking through professional and personal contacts to land a job matters more than ever, but to secure the initial interview you’ll still need a resume. Howard had to submit one even though he knew someone who worked at the company that ultimately hired him.

Read more: Land a New Job With an Ageless Resume