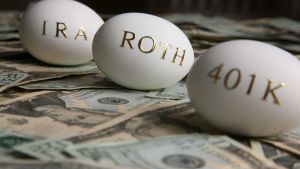 There's good news and bad news from the IRS for Americans saving for retirement with IRAs, 401(k)s, and other retirement accounts in 2021.

Let's start with the bad news: Contribution limits won't go up next year.

And now the good news: The maximum income levels allowed to make deductible contributions to traditional IRAs, contribute to Roth IRAs, and claim the Saver's Credit all increase for 2021.

For 2021, employees who are saving for retirement through 401(k)s, 403(b)s, most 457 plans, and the federal government's Thrift Savings Plan can contribute up to $19,500 to those plans during the year. That's the same contribution limit in place for 2020.

The "catch-up" contribution limit for employees age 50 or older who participate in these plans also holds steady in 2021 at $6,500.

SEE MORE Why Are Roth Conversions So Trendy Right Now? The Case FOR and AGAINST Them

For anyone saving for retirement with a traditional or Roth IRA, the 2021 limit on annual contributions to their IRA account remains unchanged at $6,000. That's the same amount as it was for both 2019 and 2020. The additional IRA "catch-up" contribution for people 50 and over is not subject to an annual cost-of-living adjustment and stays at $1,000, too.

Likewise, the contribution limit for a SIMPLE IRA, which is a retirement plan designed for small businesses with 100 or fewer employees, stays put at $13,500 for 2021.

If you're contributing to a traditional IRA, the deduction allowed for your contribution is gradually phased-out if your income is above a certain amount. For 2021, the phase-out ranges are: 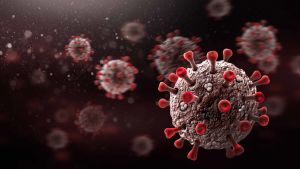 A number of COVID-related worries got the best of Wall Street on Monday, kicking off what very well could be a volatile seven-session stretch ahead of the elections.

The U.S. on Friday reported 83,757 new cases of COVID-19, easily surpassing its previous high (77,632) reported on July 16; another 80,000 cases were reported on Saturday. This comes as various European countries have imposed new restrictions amid soaring cases there. And financial relief from Washington doesn't appear to be coming anytime soon, with key negotiators suggesting little in the way of progress.

"The double whammy of a stalled stimulus bill and new highs in cases is a harsh reminder of the many worries that are still out there," says Ryan Detrick, chief market strategist at LPL Financial. "Most of the recent economic data has been strong, but when you see parts of Europe going to back to rolling shutdowns, it reminds us this fight is still far from over."

"Today represented a final capitulation in the hope that a stimulus package would be passed before the election – hope that we've felt was misplaced for weeks as the political compromises required to pass such a large package would be difficult in normal circumstances, but given the animosity of the two sides this year seemed extremely unlikely to be made," says Chris Zaccarelli, chief investment officer for Independent Advisor Alliance.

Other action in the stock market today:

A reminder: This is a heavy week of earnings reports, with a third of the S&P 500's companies announcing quarterly results. You can check out the highlights on our weekly earnings calendar.

Will the Nov. 3 elections set this market straight? Well, it's possible, but wh 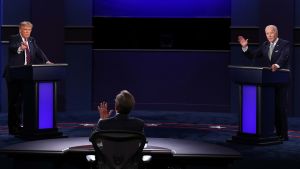 Every four years, politics and finance converge as Americans elect a president and investors try to figure out what the outcome means for their portfolios.

A look back at history shows that presidential election cycles indeed correlate with stock market returns – although not in the same, clockwork way that, say, the moon pulls on tides.

SEE MORE 25 Dividend Stocks the Analysts Love the Most

As for the outcome of elections? The impact might surprise you.

Below, a few things investors should consider in election years.

Wars, bear markets and recessions tend to start in the first two years of a president's term, says The Stock Trader's Almanac; bull markets and prosperous times mark the latter half. But over the past century, the stock market has mostly run briskly across most of the presidential cycle before losing momentum during election years.

Since 1930, the Dow Jones Industrial Average has gained an average of 10.0% in a president's first year and 7.9% in the second, according to Ycharts data. (Returns are based on price only and exclude dividends.) The year before an election year is historically the strongest, at 13.3% returns, then things slow down considerably, to 5.4% returns in election years.

There are exceptions, of course. In George Bush's final year of service (January 2008 through January 2009), for instance, the Dow sank nearly 32%.

But no one needs to tell you that the current cycle is anything but average. The Dow Jones Industrial Average put together 32.1% returns during the first 365 days President Donald Trump was in office, followed by a 5.2% decline in his second year, and an 18.8% rebound in his third. And between Jan. 19 and Oct. 19 of 2020, stocks have lost 2.5%, using the DJIA as a proxy.

Bespoke Research shows that since 1900, the Dow Jones Industrial Average has gained 4.8% annually. Conventional wisdom might suggest that Republicans, who are supposedly more business-friendly than the Dem 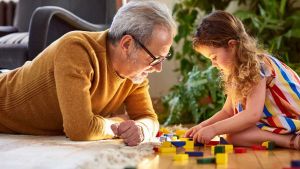 When you think about the actions the U.S. government has taken to help stem the economic damage caused by the COVID-19 pandemic, you probably remember those that put more money in your pocket. The $1,200 stimulus payment. The extra weekly $600 you received in additional unemployment benefits if you lost your job. The no-interest loans you received to keep your small business afloat. The temporary suspension of your student loan payments.

SEE MORE The Coronavirus at Work: Your Legal Questions Answered

All of these benefits were made possible by the Coronavirus Aid, Relief and Economic Security (CARES) Act, which was enacted in March.  Many of these benefits have expired and may not be renewed. But some of them are still available.

Here are five CARES Act benefits you may want to consider taking advantage of before year’s end.

1.  Give more – and get more tax benefits

Normally, you can only deduct charitable contributions if you can itemize deductions. And since most people can’t deduct more than the annual $12,400 standard tax deduction for individuals ($24,800 for married couples) there’s not much of a tax incentive for charitable giving.

But this year, the CARES Act lets anyone deduct up to $300 in cash donations they make to qualified charities.

And if you can itemize, the tax benefits are even better. You can deduct all of your cash donations, up to 100% of your adjusted gross income (AGI). Normally, this limit is 60% of AGI.

Businesses benefit, too. They can deduct up to 25% of qualified charitable cash contributions  from their taxable income. Before the CARES Act, this limit was 10%.

And, unlike most CARES Act provisions, which expire at the end of 2020, these special charitable tax benefits will also be available for donations you make next year.

If you’ve started taking annual required minimum distributions (RMDs) from your 401(k) plans and IRAs but haven’t taken this year’s distribution yet, you may be in luck. 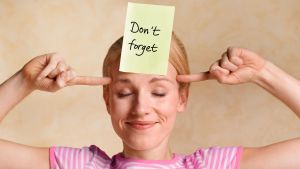 Far too often, when I review prospective clients’ trust documents and financial statements, I find that their accounts haven’t been titled in the name of the trust they created.

Did they mistakenly believe that simply by having a trust, their assets would be distributed accordingly? Could it be that their estate planning attorney never informed them that they needed to fund the trust? Or is it that they received those instructions but never got around to doing so?

In my experience, all three are possibilities that can contribute to a costly, yet preventable, error.

Creating a trust is only the first step in the process; it also must be funded. To fund a living trust is to transfer property to the trust – either by giving the trust ownership or, in some cases, by designating the trust as a beneficiary.

So, what can be done if you have a trust and aren’t sure if it has been funded? Here are some steps to take:

1. Check all the deeds on your real estate holdings.

If you have a primary residence, vacation home, timeshare and/or rental property, you’ll want to confirm that these assets are in the name of your trust. In many cases, the estate planning firm that drafted your trust will take care of the transfer for you. Still, it’s important to be sure everything is in order.

If, for example, you refinanced your home at some point, your lender may have required you to remove the name of the trust for financing purposes. And all too often when this happens, the homeowner forgets to change the deed back into the name of the trust. In some cases, the estate planning firm might not have handled the recording of the deed, or maybe there was an error in processing. All your deeds should be checked to confirm they are in the name of your trust.

Gather any bank and investment/brokerage statements that are not part of an IRA or retirement plan and confirm that each of these accounts has your trust listed as the owner. Generally, you can confirm this by either calling the institution or reviewing the titling on your statements. If you look at your statement and notice there isn’t any reference to the trust, it’s likely that it hasn’t been a

Read more: Once You Create a Living Trust, Don’t Forget to Fund It